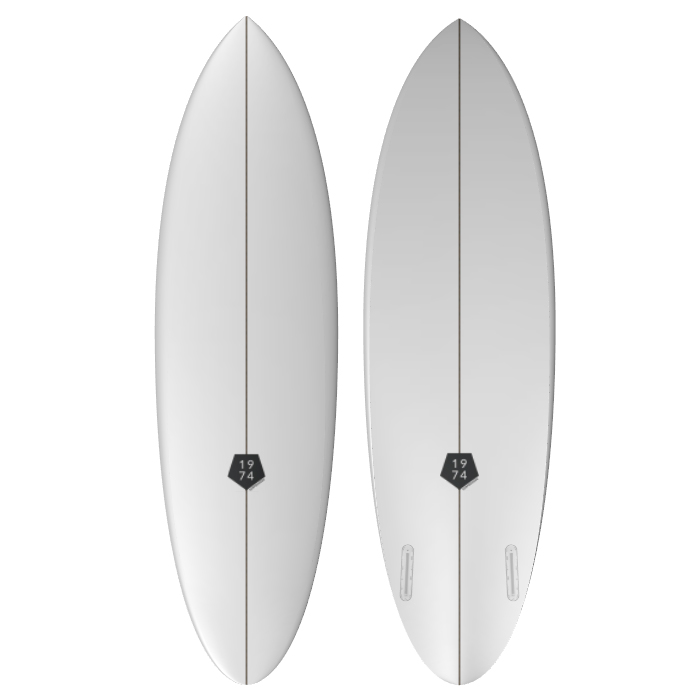 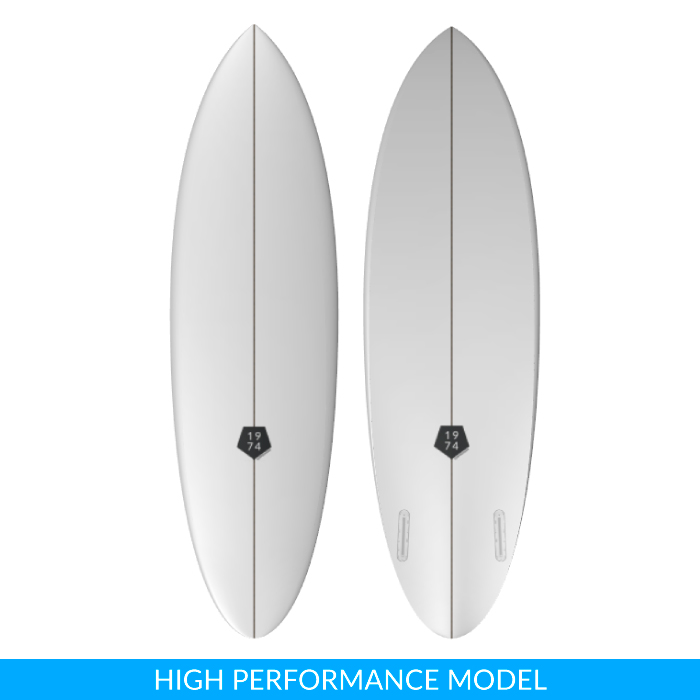 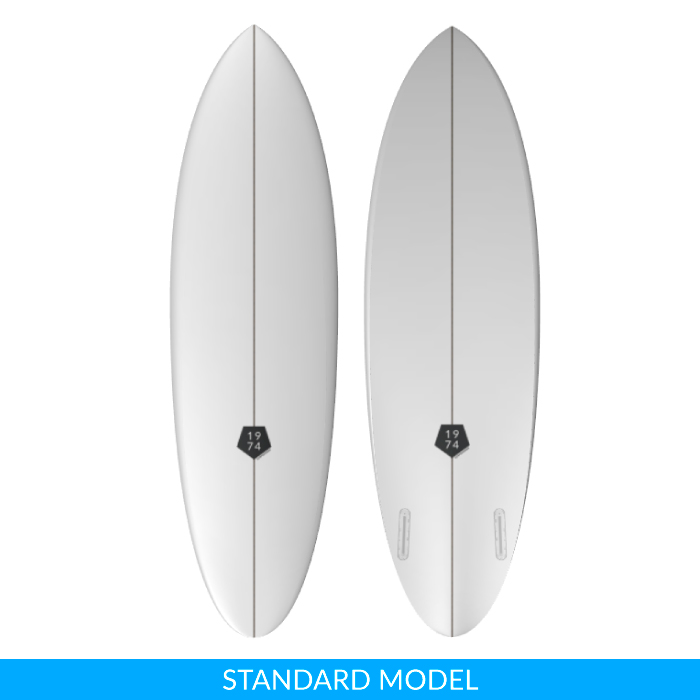 Modern twin fin surfboards are developed to provide a high-performance surf taking into consideration the characteristics of this setup of fins. Due to its larger size and placement, which are brought further back in comparison to the front fins placement of a thruster, the back foot of the surfer ends up right on top of the fins, this provides a lot of projection between turns and out of bottom turns that are great to maintain speed and momentum. Another main difference between twin fins and thrusters is that the thruster has an immediate time of response, while the twin fins can have a certain “delay” due to their bigger fins and placement.

This high-performance twin fin model has a balanced outline that provides very comfortable and stable surfing, with agile responses due to its straight tail. It comes in two versions, the Standard and High-Performance.

Standard Model – This version has a forward volume distribution due to its wider nose, combined with a flatter rocker it provides an extra paddling advantage to get in the wave sooner, in consequence of the extra weight in the nose it has a bit of delay between turns and maneuvers in comparison with the High-Performance version. This surfboard excels on not-so-steep conditions and waves that have some wall to work on.

High-Performance Model – This version has a centered volume distribution due to its narrower nose, it loses a bit of the paddling capability in comparison with the Standard version but it will gain agility between turns. The rocker is also increased compared to the Standard model so it can perform better on vertical sections.

Our surfboards are made in Byron Bay NSW.

*All measures can be customized

For the surfer that wants to try a modern and agile twin fin that resembles a performance shortboard, we recommend the 80s Twin, which is a modern take on the classic 80s performance twinnies made timeless by Mark Richards e Ben Aipa.

Our Duo Diamond also is a great choice for someone looking for a well-balanced and comfortable surfboard.

In most cases, the twin fin with stabilizer has a more performance-oriented surf because of its more accentuated rocker and narrower tails.

There are no reviews yet.

Be the first to review “Duo Diamond”Cancel Reply 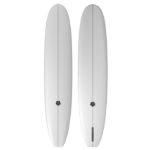 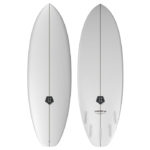 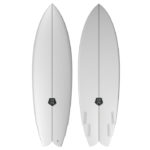